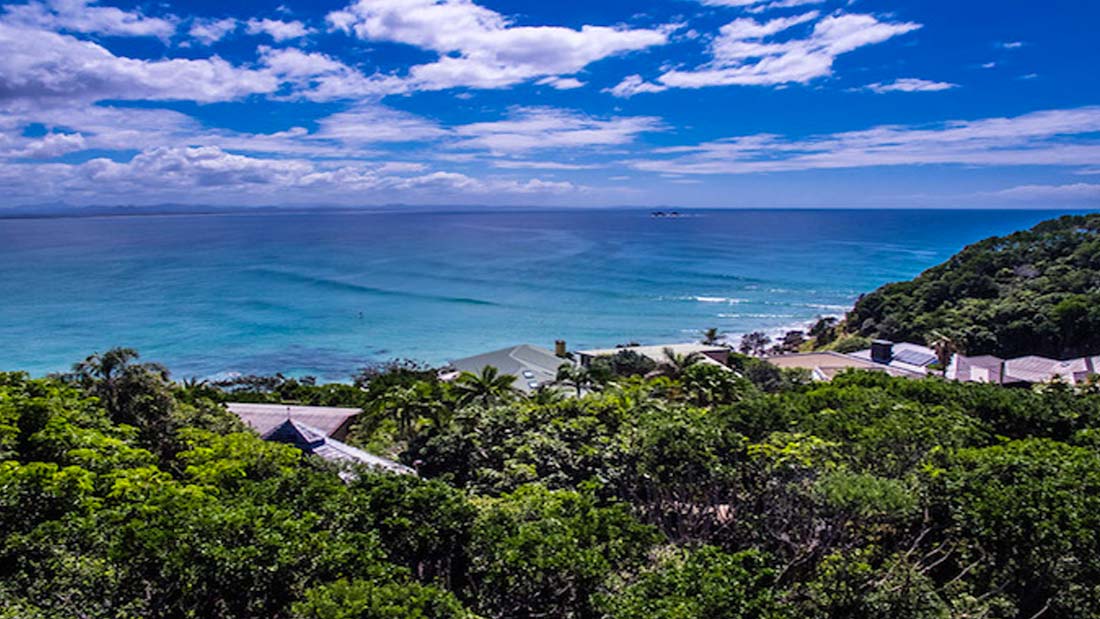 Wategos at Byron Bay was named after after Mick and Mary Jane Watego, originally hailing from the Loyalty Islands north east of Brisbane and claimed by the French. The family, Mick, Mary Jane and their eleven children, settled at Wategos back in the 1930’s.

Mick Watego leased and farmed the land which was then owned by the Crown, they built their cute little cottage on the site which is now Rae’s Guest House.

The Watego family worked hard to convert the land into a productive farm, terracing the headland up towards the lighthouse to grow crops of fruit and vegetables. The crops were watered using wells and a trickle irrigation system put in place by the Wategos.

Byron Bay is known for, among other things, some of the amazing organic food grown here and the Wategos were the original trend setters. The family were almost totally self sufficient. Interestingly between the fruit and vegetables they grew to feed themselves and the fresh seafood they caught, the diet of the Watego settlers was probably what most of us would consider quintessentially Byron Bay now.

Now a grown up and one of the most exclusive suburbs of Byron Bay, Wategos is a far cry in many ways to what it was in the 1930’s….I wonder what Mick and Mary Jane would think of this beautiful little borough now.